Recently had the pleasure photographing Providence, Rhode Island native hip hop artist Sage Francis for his upcoming album Copper Gone. I've been a fan of his for a long time and we had aimed to collaborate a couple times before but our schedules didn't line up. I'm excited to hear Copper Gone, as excited as the hip hop community at large is. Sage is widely considered the godfather of indie hip hop. Copper Gone keeps true to its title and the album's back cover design uses our image as part of its layout.

The shoot took place at the Beverly Laurel Hotel in L.A. We moved beds aside in Sage's hotel room and made the images there. The publicity image that the Copper Gone back cover is based off of was retouched by Pratik at Solstice Retouch.

Sage also allowed me to take an Instagram portrait of him as well. What a gentleman.

Be sure to check out Copper Gone on iTunes or on the Strange Famous Records webpage. 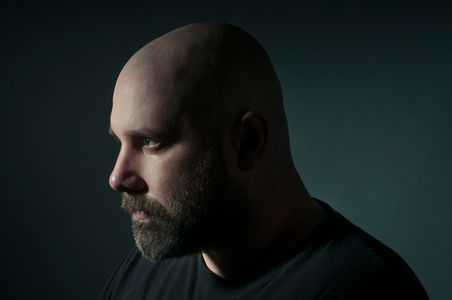 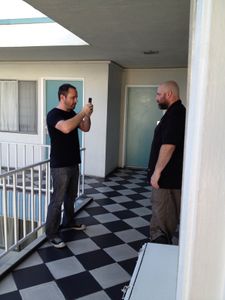